On a recent trip we had the opportunity to try out several rail and string lubricants to test their effect on speed and accuracy. Two of those lubes are from 30.06 Outdoors. One is called Rail Snot, and the other was X Fuel 325. 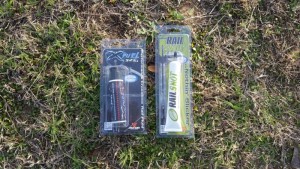 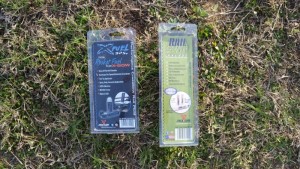 The Rail Snot came in a squeezable tube that made it easy to apply…perhaps a little too easy. We had to cut the end off the tube as per directions, but we might have cut it a bit far back as the product really flowed out freely. We found that this meant we put WAY too much on…but that is very easy to fix…just don’t cut too far down from the tip and don’t squeeze too hard!

The X Fuel 325 comes in a cylinder with a lid. Once you remove the lid you will note it is actually a nice applicator that allows for good delivery of the X Fuel 325 without putting too much on. We found the size of the applicator to work well for each side of the rail, but as with most applicators, you will still have to use your fingers to get the lube under the scope rail. 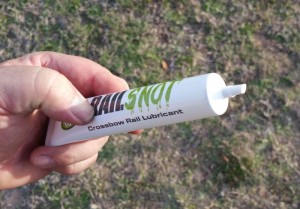 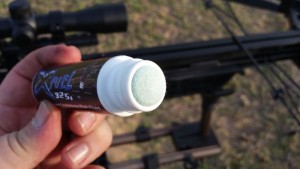 So how did each of the products affect our shooting? We were using 425 grain test arrows, which were shooting at 321 – 322 fps prior to application of either of the products.

The Rail Snot initially slowed our arrow a bit, but it was very evident that we had applied it too thickly. Once we removed the excess we found that the Rail Snot did not slow our arrow nor did it affect accuracy. The Rail Snot lasted more than ten shots without needing reapplication. The image below shows the Rail Snot prior to smoothing out with our finger. 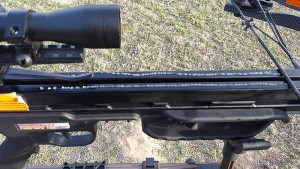 The X Fuel 325 made the rail look like glass. It was a very even coat visually and did not slow the arrow at all. Accuracy also was not affected and the X Fuel 325 also lasted more than 10 shots. 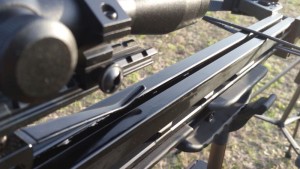 So the question we always hear is why many lubes don’t have any notable increase on arrow speed. This is a good question, with a fairly straight forward answer. Lubricants are made to lubricate the rail and protect the string and you should NEVER shoot your crossbow without a lubricant on the rail. As such, the initial shots prior to applying the test lubricant still are done with the manufacturer’s lubricant on the rail, so it is not testing a dry rail versus one with a lubricant. There are even times a test lubricant will actually slow an arrow.

The primary purpose of a rail lube isn’t necessarily adding speed, but rather to protect your string and serving from the intense friction of running down the rail. You may not have every paid close attention, but if you look, you will notice that most crossbows actually have a little down pressure on the rail from the string. This is done to keep the string always going on a consistent path to ensure better accuracy. This down pressure can create a LOT of friction which could lead to premature string and serving failure.

Rail lubes are designed to minimize this friction and extend the life of the string. The fact that it doesn’t make your arrow faster is not a failure of the product to do its job…its job is to lubricate and thus protect your string and rail.

We found the Rail Snot to be a good, consistent lubricant. It is important to not apply too thickly, or it will affect your shooting. If you heed this insight, you should have no issues using the product.

The X Fuel 325 had a handy applicator that would make it difficult to apply too thickly. The X Fuel gave a great appearance to the rail after application and gave no performance issues.

In looking at the two products, it really comes down to your preference for application technique as well as whether you prefer a thicker lube or a more liquid lubricant. Having shot both, we would offer that either product will serve you well and will not adversely affect your performance. 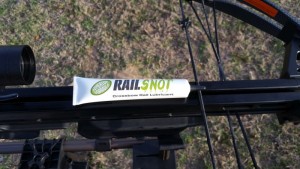 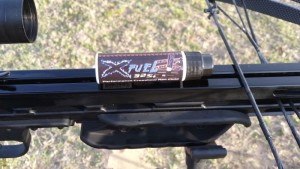